Peppers: Nigerian Names vs Other Names 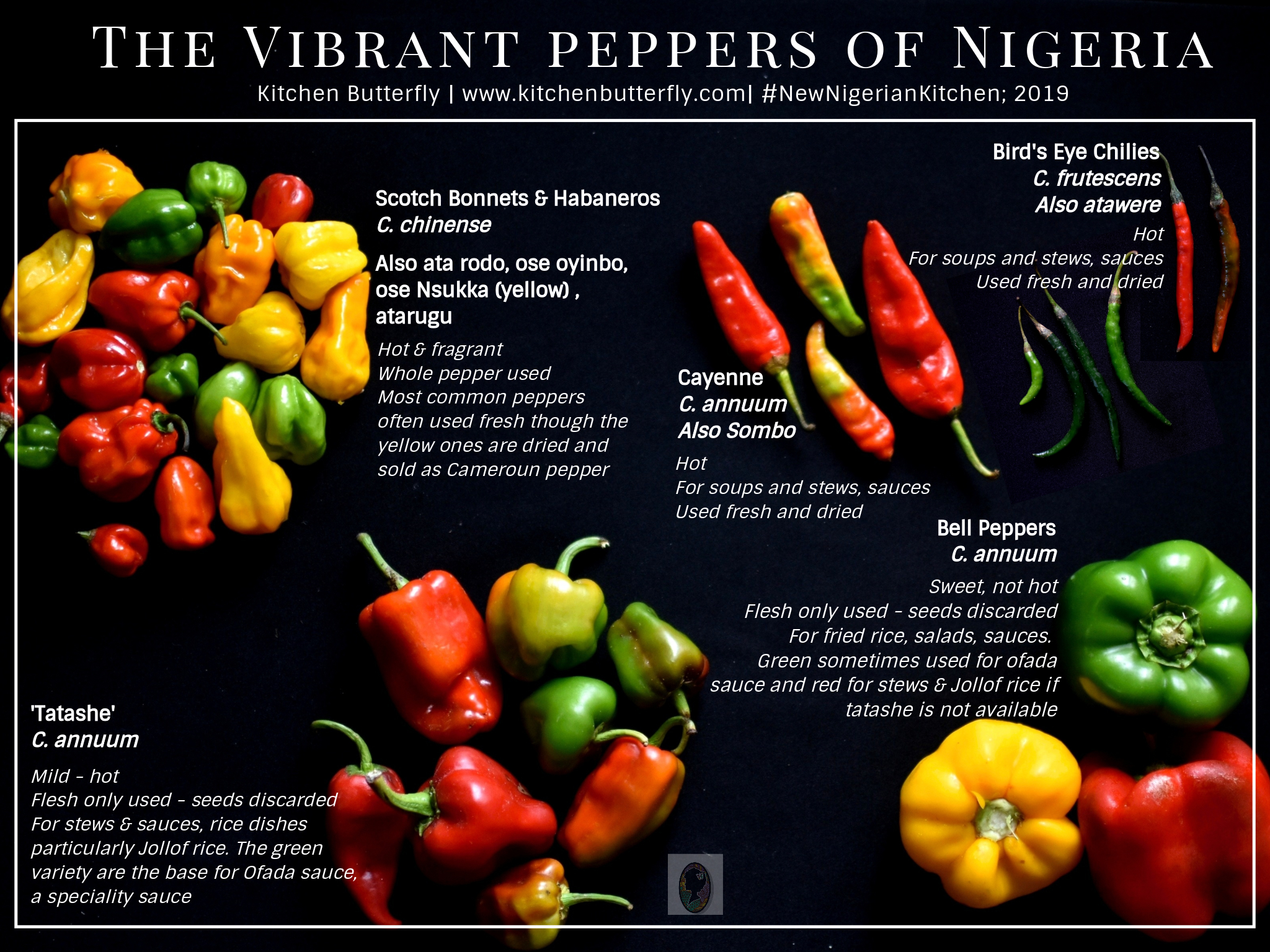 The Fresh Peppers of Nigeria

If you are a Nigerian living in the diaspora, the chances of you looking for familiar meals or ingredients are very high. However, while you may not find the exact item in search for, you might be able to find other species grown in your new location.

Peppers happen to be one of the popular items searched for and which are present almost anywhere you go. So here’s a guide to identifying the peppers that may have other names in your new country.

These are the most common peppers sold and used daily across Nigeria in food prep. It’s quite often the one that goes into a pot of stew, soup, sauce and everything in between. 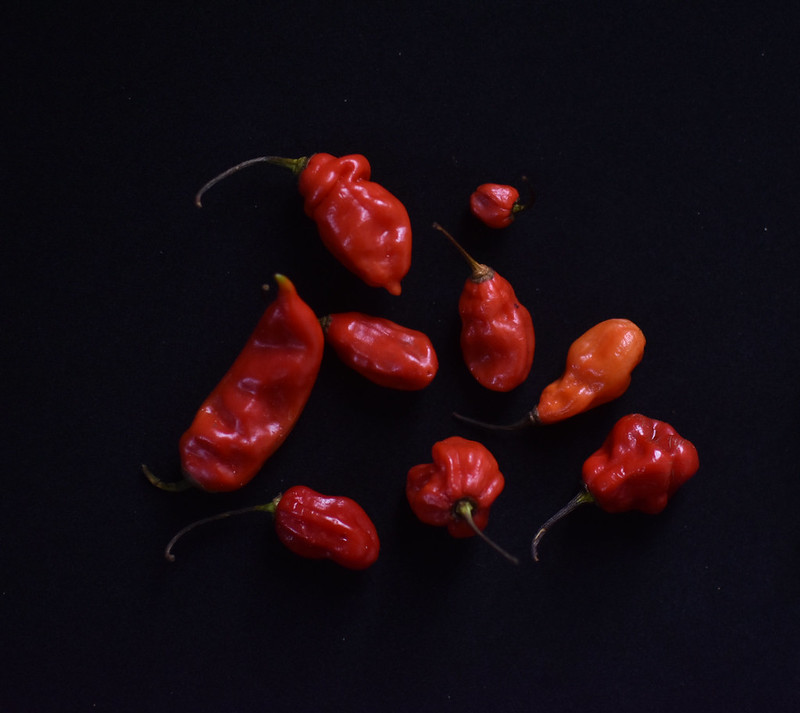 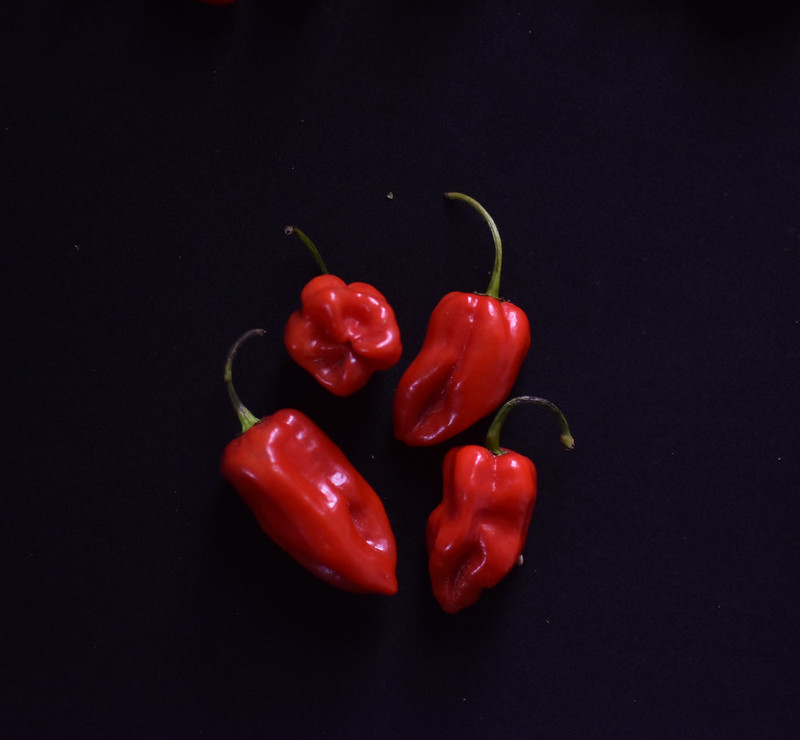 In this bucket, there are many green peppers from the small pettie belle chilies which are the smallest habanero peppers, to the larger thin and thick skinned ones. 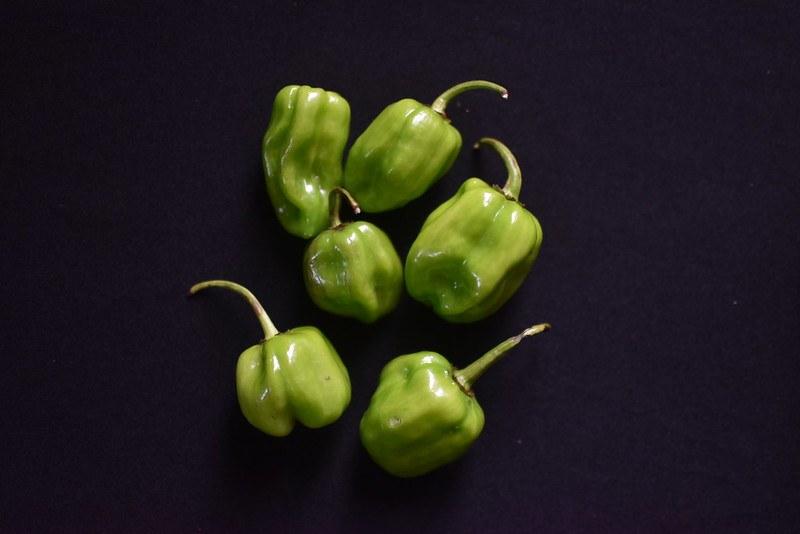 In Nigeria, they are prized for use in ‘Designer’ stew or Ayamashe. This is a green stew made from a range of green peppers – scotch bonnets, habaneros, tatashe, pettie belle or bell peppers cooked down with onions, fermented seeds and other seasoning. The meats – a variety of beef, offal and sometimes dried fish lend the name designer stew to this aromatic dish.

The origin of the world famous Ayamashe stew 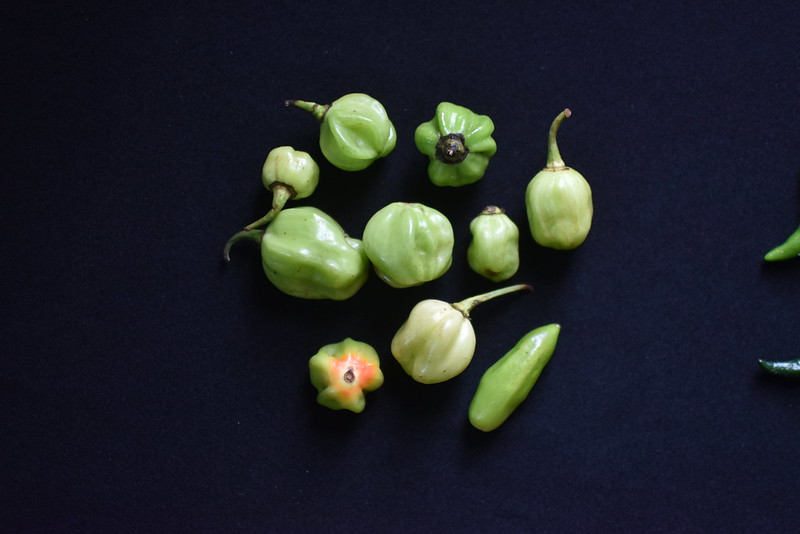 Also known as Ose Nsukka or Cameroun (A neighbouring country where they are also very popular) peppers. These are incredibly aromatic with a hot and ‘sweet’ flavour, and prized in Nigeria. 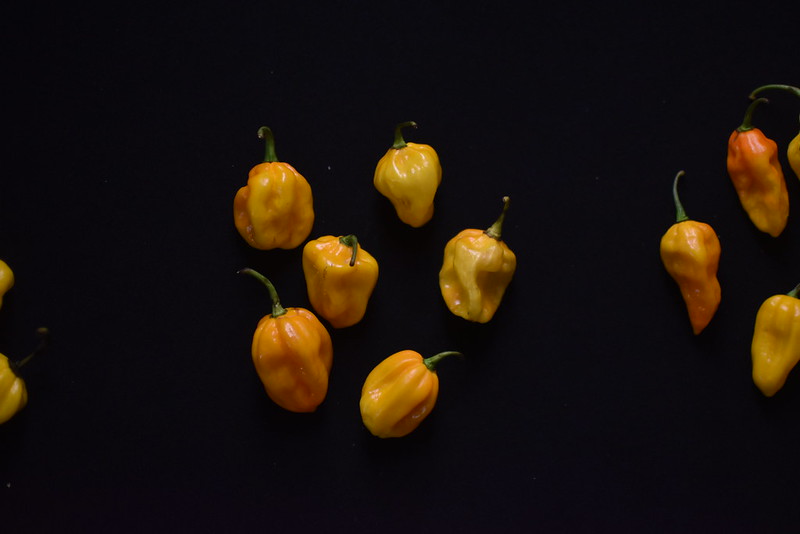 These are the major generals that define Nigerian fried rice, and salads. decades, it was the the only bell pepper available in Nigeria.

It is also used in making ofada sauce as the main pepper or in combination with green tatashe. 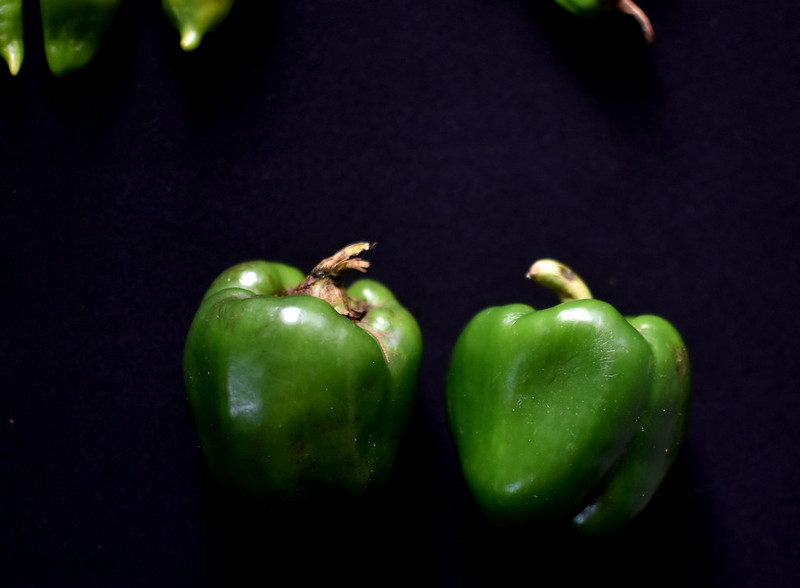 These have become popular and available in the last few years. Prior to that, they were imported.

They are often used in rice dishes, salads, sometimes replacing red tatashe in stews and sauces. 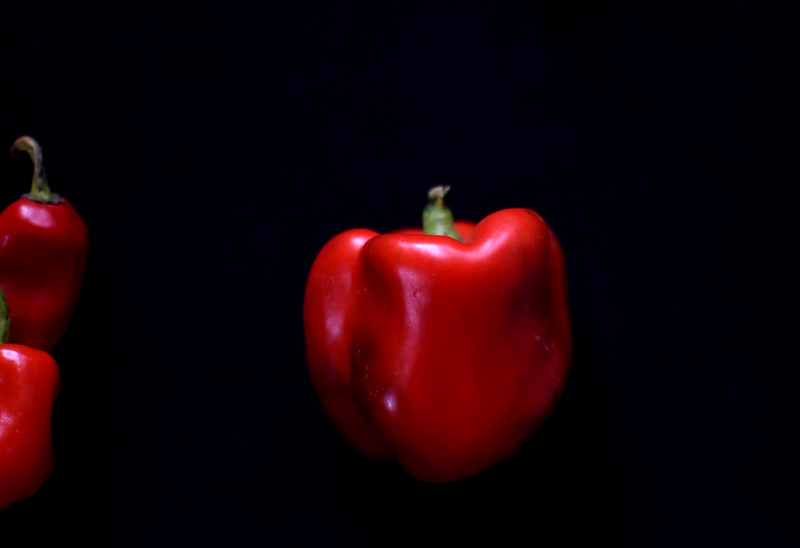 These have recently become available. They are used in rice dishes, salads and the like. 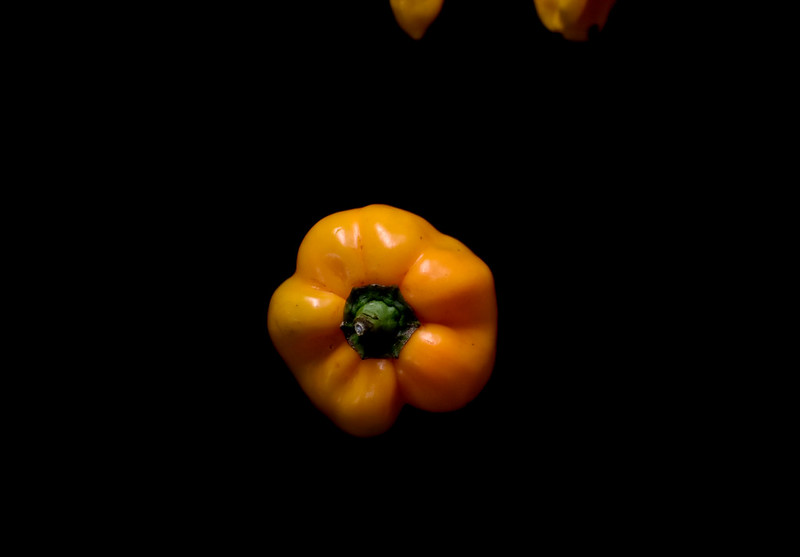 Similar to paprika peppers but hot and related to bell peppers. Their shapes range from bell pepper like, to more elongate, poblano peppers. They do have capsaicin and a lot of colour in their skin 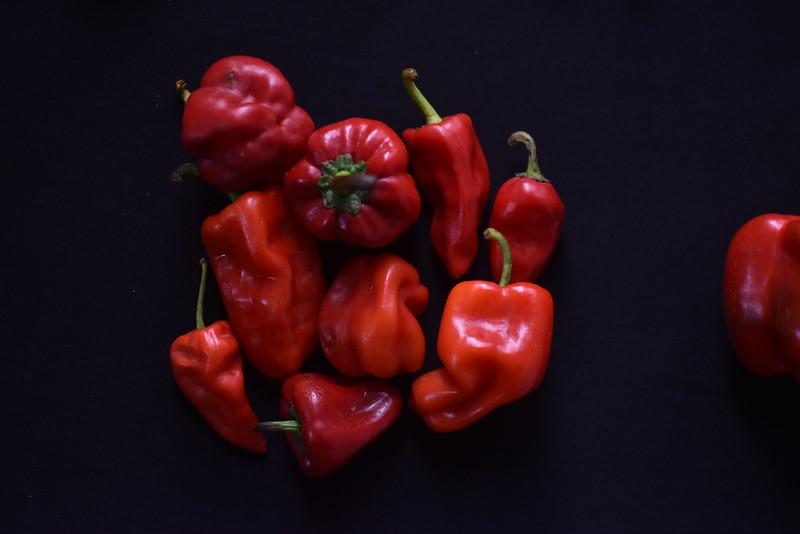 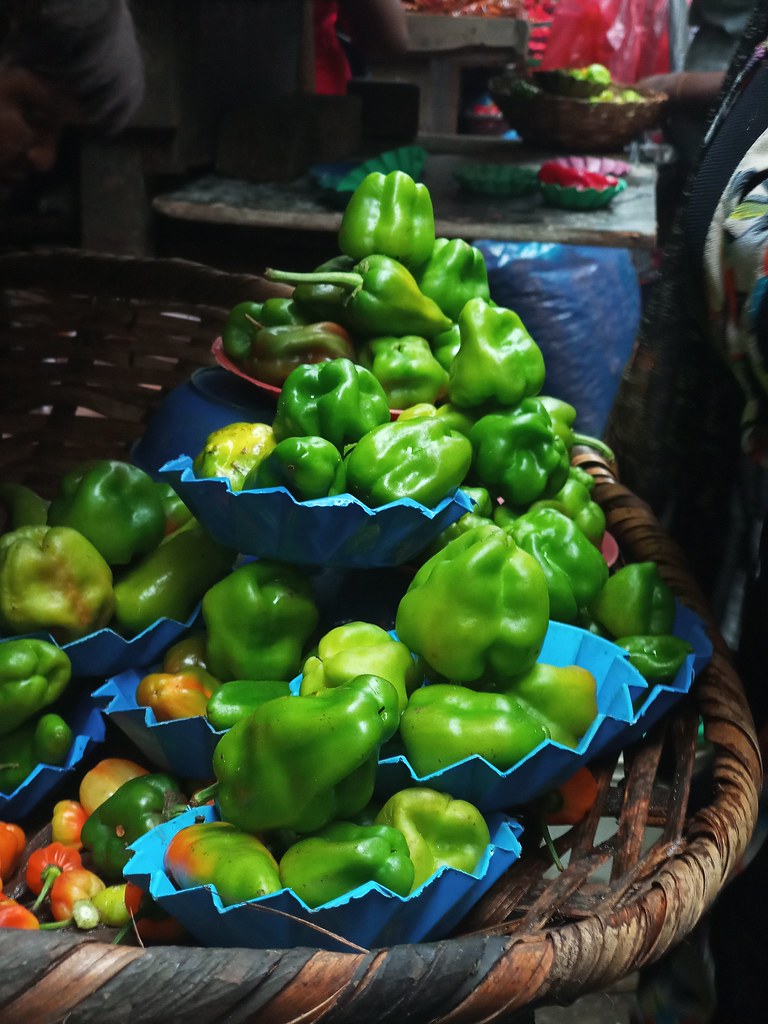 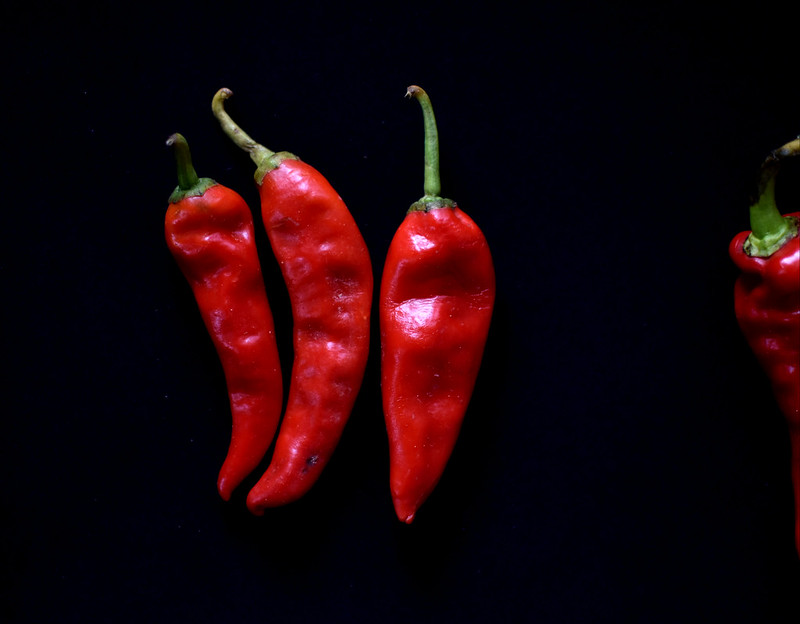 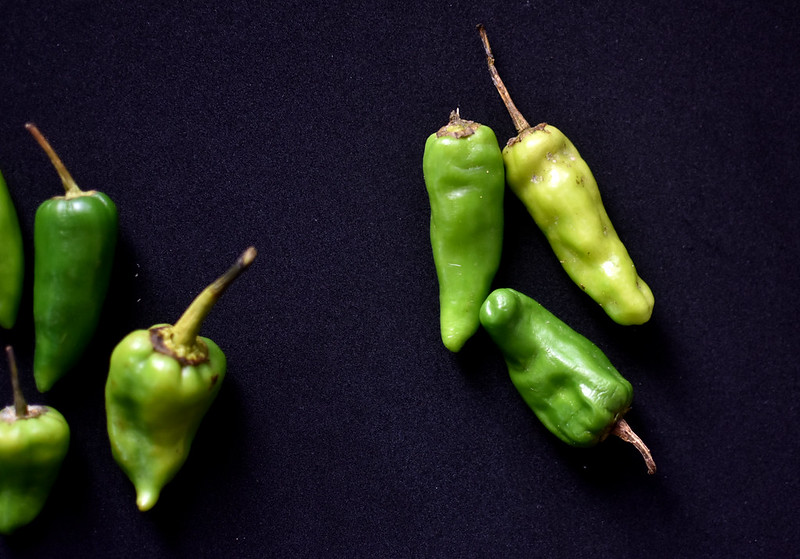 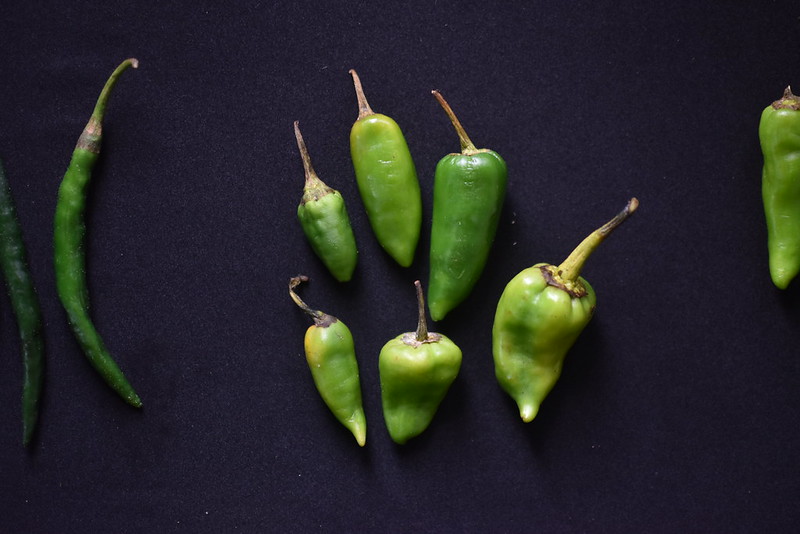 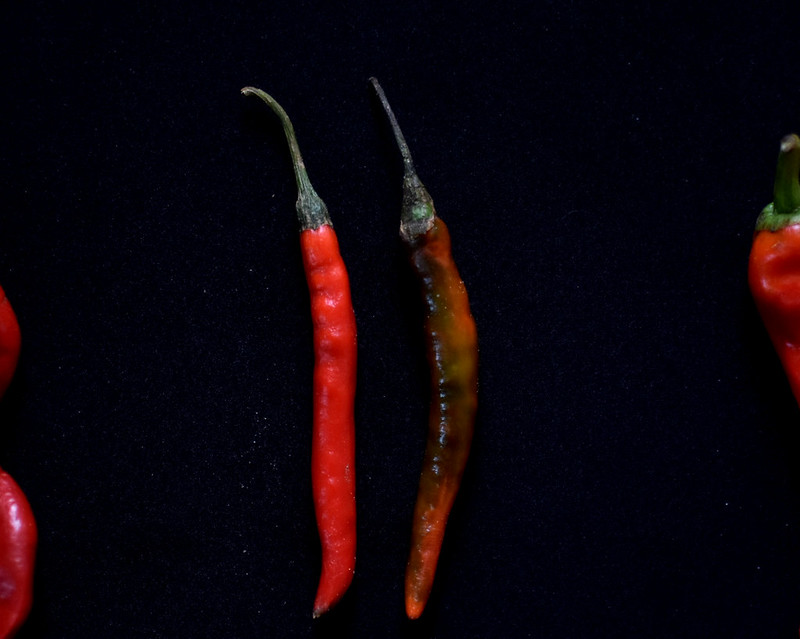 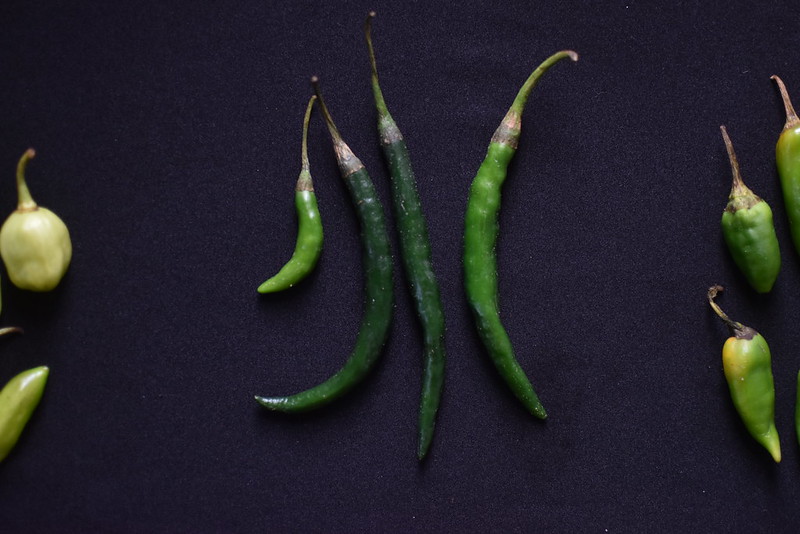 In summary, these are the common fresh peppers and chilies used in Nigeria and the other names you can identify them as.