Men who eat apricots and mangoes have more luck making babies than those who don’t, according to new research that shows certain antioxidants help boost male fertility.

Male sperm loaded with antioxidants was more likely to survive the battle to reach a woman’s ovary and successfully fertilise her eggs, the University of Western Australia and Monash University study found. 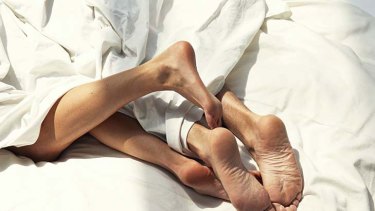 But rather than sipping on a cup of tea, men needed antioxidants from foods rich in Vitamin E and beta-carotene, such as pumpkin, mangoes, apricots, carrots, spinach, parsley, vegetable oils, avocados, nuts, seeds and whole grains.

Strengthened sperm was more likely to fight off free radicals that acted as a defence in the woman’s body.

The research, published in the prestigious journal Ecology Letters, used crickets to pit the sperm of several males against each other in the competition to fertilise the female’s eggs.

“It is fair to say that the sperm are at war within the female, and we can expect that the most competitive sperm will win the race to the egg,” UWA’s Centre for Evolutionary Biology Winthrop Professor Leigh Simmons said.

The research was the first to use a living animal to prove that antioxidants were “profoundly important” in determining the outcomes of reproduction in males.

“That is to say, antioxidants in the diet equal more babies,” Dr Damian Dowling, from Monash University’s School of Biological Sciences, said.

“And by working with crickets rather than humans as subjects, we were able to conduct the experiment under very strictly controlled conditions - ruling out all other alternative explanations for our results.”

The researchers were now working to determine how certain foods enhanced male fertility.

Hmmm, interesting…Never heard of this before @Everybody what do you think?

I am looking for coffee growers here, in Nigeria. Can you help?

Hi @Femmylodge Here are articles that can help: