Kolanut Production In Nigeria And Its Cultivation Processes

Kolanut in Nigeria, West Africa is an important economic crop in the South-Eastern part of the country as it is used in various traditions, it is being eaten more by the northerners but widely grown in the South West such as; Ogun, Kwara, Osun and Oyo State.

Kolanut cultivation is predominant to tropical rainforests of Africa like Nigeria, it is gotten from kola tree with contains caffeine and serves as a flavouring ingredient in beverages otherwise known as "cola” and contains stimulants comprising of about 2% caffeine, as well as kolanin and theobromine. 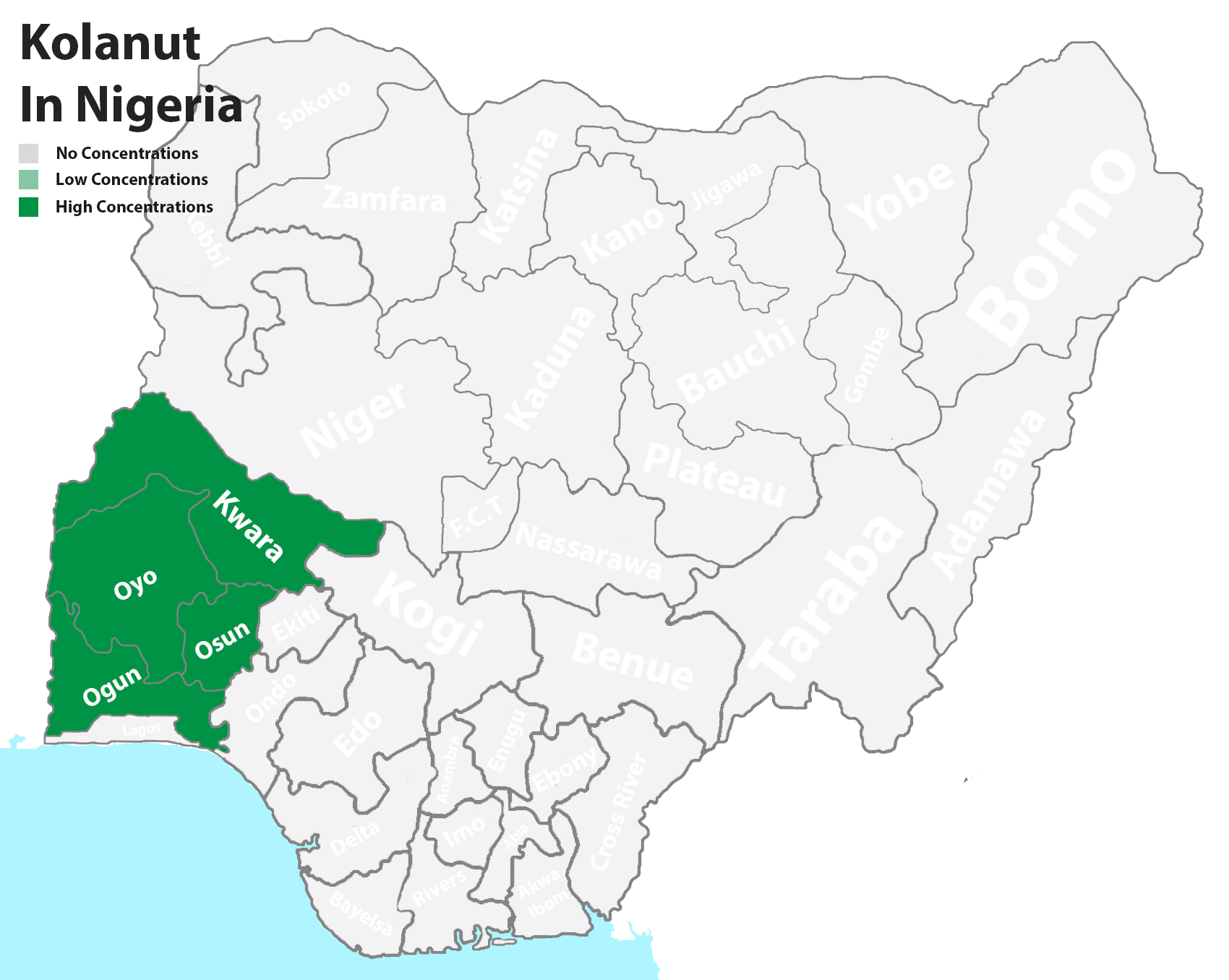 It is a perennial crop that grows well in hot humid climates and is grown into pods; it initially has a bitter taste when chewed but later sweetens.

Cultivation of kola nuts is grown using its nuts when fresh, it takes 5-6 weeks to sprout out and about 3-5 years to start producing fruits.

It can be harvested manually or mechanically by plucking the pod containing fruits, after which it is opened and the fruits allowed dry to some extent.

In most cases, kolanut is cultivated by farmers for the brewery and beverage companies and it also has proved to have a lot of health benefits as it helps in digestion, can be used to prevent or treat chest colds, can help in weight loss by reducing appetite and so on.

Because of the climate condition in Nigeria and West Africa which helps in the effective growth of Kolanut, Nigeria has been ranked 1st in terms of production with just 1/10 of the total production being exported and the remaining locally consumed.

Other leading countries in terms of kolanut production is still from Africa specifically, West Africa and in no sequential order are Ghana, Cameroon, Sierra Leone and Cote d’Ivoire.