How To Grow Flax (Linseed)

The scientific name of Flax also known as Linseed is Linum Usitatissimum which can be roughly translated as “the most useful”. The name is self-explanatory, as flax seeds can be used for a variety of purposes, from linen manufacturing to industrial purposes as well as for food and feed purposes. Flax straw contains useful fibers suitable for the textile industry and even for the automotive industry.

It is commonly believed that flax originated in the Middle East region or in India. It is one of the ancient crops still cultivated to this day, dating back to somewhere around 7,000 BC. Most likely it was domesticated in the Fertile Crescent area. The utilization of seed oil and stem fiber can be traced back to ancient civilizations in Egypt and the Middle East region. The primary use for flax was for making linens. Some burial chambers dating to around 3,000 BC contained clothing made from flax fibers as well as depictions of the flax cultivation.

Flax is a plant with blue flowers that adapts best to cooler climates, but it is now cultivated in most parts of the world. The plant loves daylight, so it is most suitable for regions with long periods of daylight. Most farmers choose to cultivate flax because it is suitable for crop rotations and because it provides good returns on investment.

According to the Foreign Trade in Goods Statistics by the National Bureau of Statistics, Linseed, Whether or not broken was listed as one of the major traded agriculture products for Q4 2020. A trade in N793,000,000.51 was made during the period under review. This goes to show that there is a huge market for Flax/Linseed production in Nigeria. 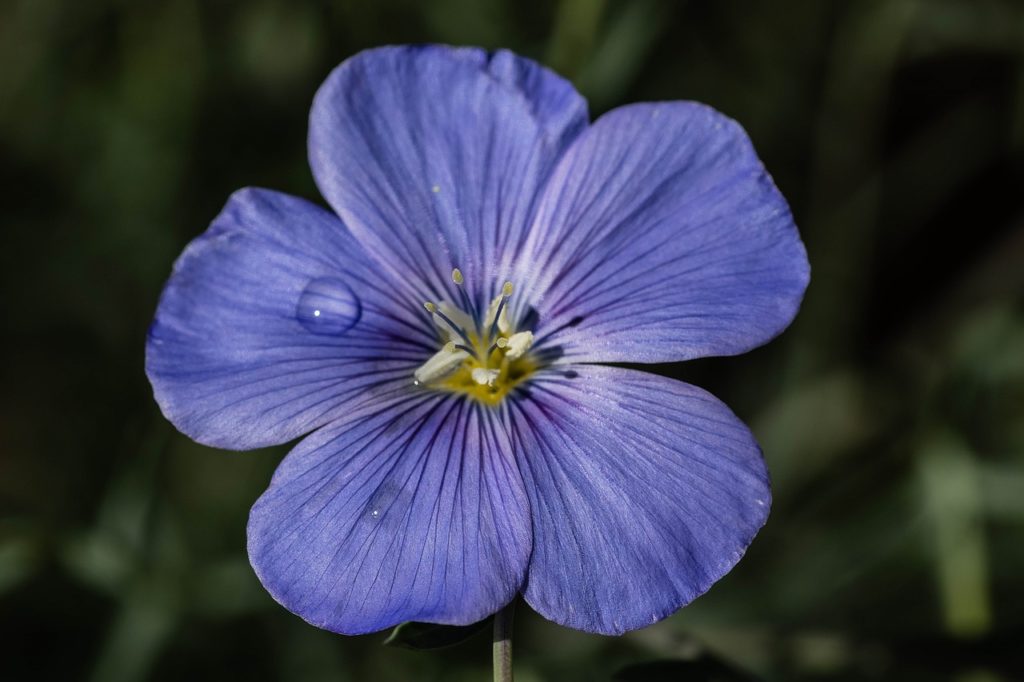 The largest producer of flaxseed in the world is Canada , accounting for approximately 40% of world production. The plant is grown predominately on the Canadian prairies for flaxseed oil. This oil is used as drying oil for varnish and paints and to produce other types of products. Combined, the USA, China, and India account for an additional 40% of the world production.

Flax is an annual, grassy plant with a vegetation period of 85-115 days . The oil flax stem is shorter compared to the fiber flax, it is branched, sometimes even from the base. The total plant height of the oil flax is 40-50 cm. The fiber content in the stem of the oil flax is about 18% and of poor quality.

Being a crop suitable for cooler climates , flax develops well in deep soils where the moisture content is available even during the cold season (for example in alluvial soils). Because the roots of the plant penetrate deep into the soil, the field should be plowed to a greater depth and it should also attain a fine tilth level.

Flax requires a relative humidity of 50%-60%, provided through rain or by irrigation. This way, farmers can obtain a higher good quality yield.

The field should be prepared accordingly, to allow flax roots to penetrate deep into the soil. In addition, it is important to make sure that the field is weed free before starting to plant the seeds. Usually, the seed rate used for cultivation is approximately 45-50 kg/ha.

If the soil is poor in nutrients, the field should incorporate micronutrients, hence fertilizers are required, especially organic-based ones.

After sowing of the seeds, flax requires irrigation to maintain moisture until the germination phase. Irrigation should become frequent when the flowers start to turn into seeds. The critical irrigation stage of flax starts from the flowering phase until prior to the seed ripening. Irrigation frequency depends on the type of soil and on climatic conditions.

Weed control is also important, through herbicide applications during the re-emergent and post-emergent phase. 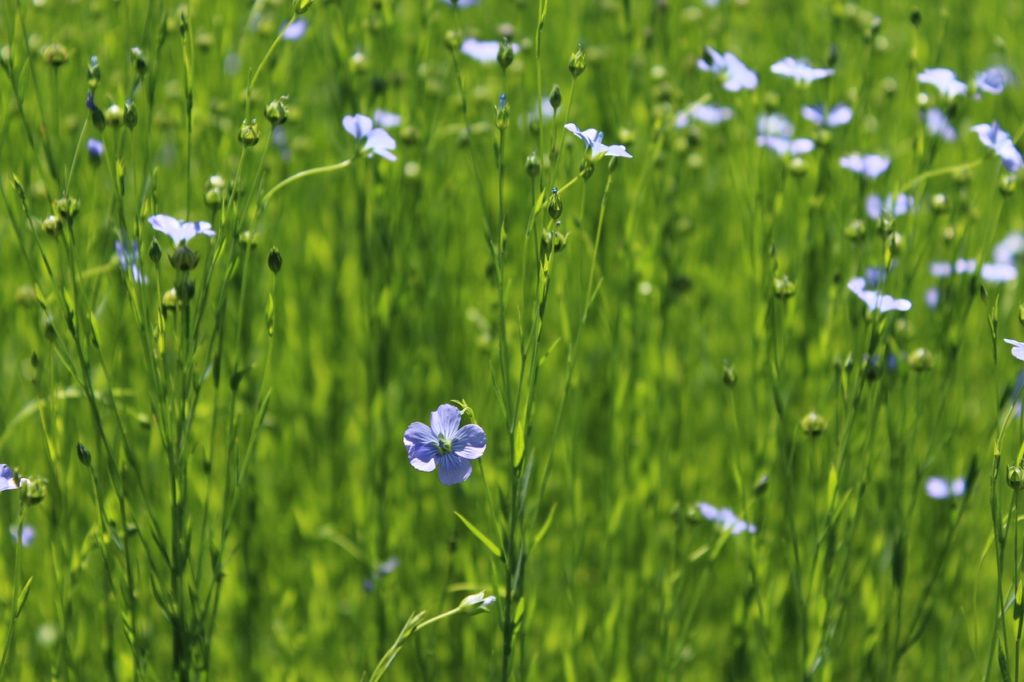 How to plant flax

Step 1 - Preparation: For maximum emergence, flax requires a well prepared, firm and moist seedbed. The first step for the preparation of the seedbed is to review the types of crops previously grown in the field and the types of herbicides used. Flax has better yields when minimum or zero till is used, in comparison with conventional tillage systems. This is possible due to improved organic soil matter, increased soil moisture and a better rooting capacity for the plants. Another added bonus is the reduction of early weed emergence.

If tillage is used, the field should be worked in order to minimize soil drifting and to allow snow trapping for increased moisture in the soil. Spring tillage, if required, should be done only shallow, to allow the seedbed to remain firm.

Step 2 - Sowing: Flax seeds are sown as soon as the field is prepared so the soil doesn’t dry out and the seeds have the required moisture for germination. Good plant establishment is critical to obtain a high yield. For optimum yield, there should be a population of approximately 300 plants/square meter, unless plants are grown under irrigation. Higher plant populations don’t necessarily increase the yield. If the seedbed is in poor condition, slightly higher seed rates may be required.

As flax seeds have a rather small size, they don’t have enough nutritional resources to overcome soil crusting or deep seeding. However, the seeds should not be planted too shallow, because they are sensitive to drought. Flax should be sown in moist soil, at approximately 2.5-4 cm deep, with a row spacing of 15-20 cm. deeper seeding or seeding in soils prune to crusting should be avoided because emergence is delayed and the resulting seedlings are weaker and easier to get attacked by weeds and diseases.

Flax is sown as early as possible because this ensures a higher yield and increased productivity. Maximum results are obtained when seeding is made in the spring season, depending on the climate, but it’s important to make sure that moderate temperatures and soil moisture during the flowering and seed development stage favor high-quality yields, especially for the plants’ oil content. Flax seeds can withstand temperatures down to -3° Celsius, but after the plant has passed the two-leaf stage, it can withstand temperatures down to -8°C for short time.

Step 3 - Harvesting: Full maturity is reached by flax plants when most of the bolls have turned brown. Desiccating or cutting flax at an immature stage doesn’t make the seeds turn black, but the yield is significantly decreased because the seeds don’t have the chance to reach maturity. 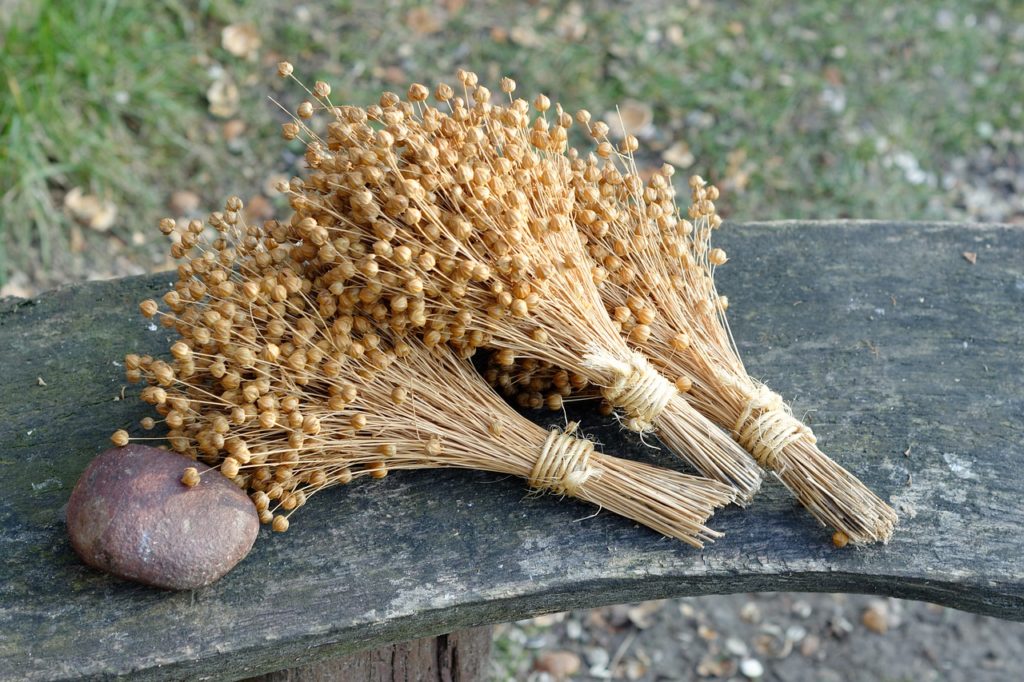 Chemical desiccation may be used to accelerate the drying of the plants as well as any weeds that may be present in the field and as a way to reduce the time from maturity to harvest. Approved chemicals are applied 7-14 days before the harvest date. Desiccated flax must be harvested as soon as possible as it’s suited for cutting and threshing to avoid capsule losses and seed weathering. Flax can also be harvested by using conventional straight combining and swathing.

Do you have comments, feedbacks or suggestions? Please drop them in the reply section